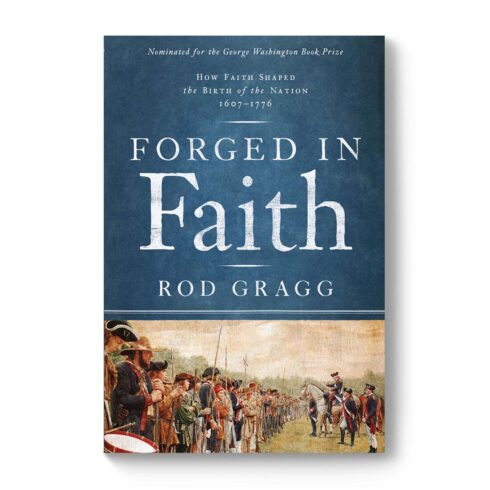 How Faith Shaped the Birth of the Nation

This fascinating history, based on meticulous research into the correspondence and documentation of the founding fathers leading up to and encompassing the crafting of the Declaration of Independence, sheds light on how the Judeo-Christian worldview motivated America’s founding fathers, influenced national independence, inspired our foundational documents, and established the American nation. Written with the pacing and drama of an enticing drama, Forged in Faith is crafted for popular appeal with a compelling mix of dramatized story and action-driven narrative, yet with the authenticity and academic verity of historian Rod Gragg.