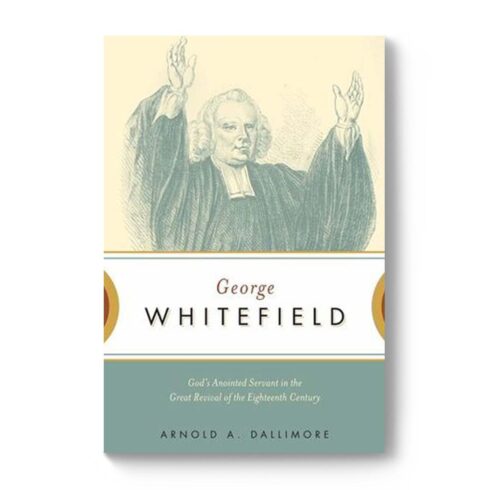 by Arnold A Dallimore

George Whitefield: The Life and Times of the Great Evangelist of the Eighteenth-Century Revival

by Arnold A Dallimore

God’s accomplishments through George Whitefield are to this day virtually unparalleled. In an era when many ministers were timid and apologetic in their preaching, he preached the gospel with zeal and undaunted courage. In the wake of his fearless preaching, revival swept across the British Isles, and the Great Awakening transformed the American colonies.

George Whitefield: The Life and Times of the Great Evangelist of the Eighteenth-Century Revival is filled with primary-source quotations from the eighteenth century, not only from Whitefield but also from prominent figures such as John and Charles Wesley, Benjamin Franklin, and William Cowper.