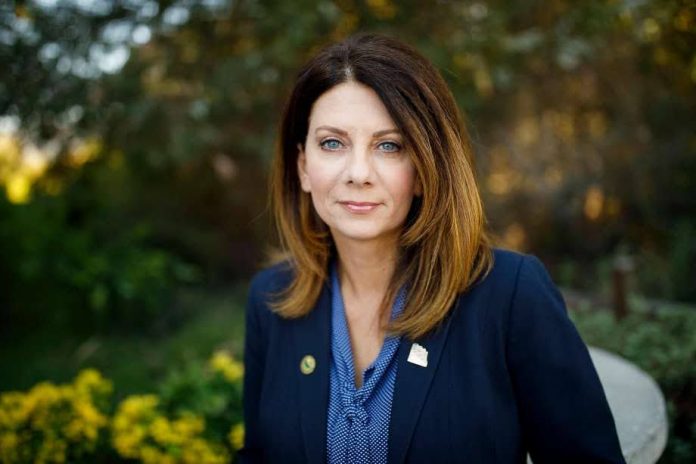 Melissa’s story begins in her hometown of Youngstown, Ohio, where she proudly enlisted in the United States Navy right after high school. She served her country with honor and distinction as a Russian translator for ten years during the Cold War, as well as during Operation Desert Shield and Desert Storm.

While serving in the Navy full-time, Melissa also attended college in the evenings, and received her BA in History and Political Studies. She also received numerous awards and distinctions for strategic acumen, operational insight, professionalism and leadership skills.

After multiple tours with the Navy, Melissa entered civilian life and started her own successful transcription company. Melissa emerged as a business leader in her Southern California community where she served as a city councilwoman and mayor of her hometown.  While on the council she successfully passed regulatory and tax holidays for small-businesses that made her city more business-friendly and led to a stronger more sustainable local economy.

Since being elected to the State Assembly in 2012, Melissa has been a staunch advocate for taxpayers, fought for lower taxes and authored legislation to make it easier to build affordable homes. She has pushed efforts to stop high-speed rail funding and reprioritize it to fix our crumbling roads. She authored one of the most sweeping work-place harassment reform laws in the last decade and led the efforts to restore the rights of independent contractors. She has helped pass campaign finance laws so voters know where campaign money is coming from and has authored bills to stop legislators from becoming lobbyists and cashing in on their time in elected office.

Her passion to serve her constituents and the people she represents is illustrated by her accessibility. She has hosted over 100 community Town Halls, written over 4,800 handwritten constituent responses and has recognized over 96,000 constituents with certificates of recognition.

Melissa has five children with her husband, Nico. Nico is also a veteran of the U.S. Navy, having served 25 years around the world. He proudly continues to serve today as a commander in an active naval reserve unit.